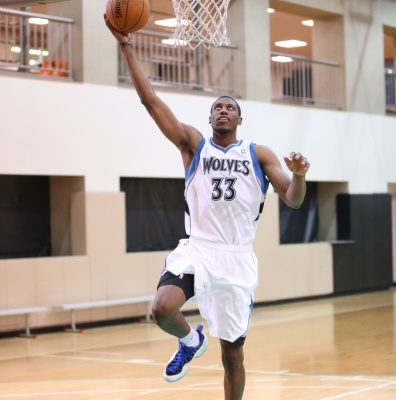 It took me so long to put this article out because I didn’t want it to be just another angry fan’s rant.  Today, as per Yahoo Sports, I heard that J-Rich is out for the season and perhaps the rest of his career.

You may now consider this a RANT.

As per Rantsports.com, a month or so ago, Thaddeus Young tweeted, “Teams make it to playoffs, not stats.”  Remember when people used to just say things?  Anyway, he was responding to any potential Kevin Love comparisons.  Call it a jab, call it the truth, call it what you want.  Kevin Love needs Lebron for him to hopefully, finally make it to the playoffs.

Thad has played in 30 playoff games.  Thad was 1 game away from the Eastern Conference finals in 2011-12.  Thad has stats too.  As per NBA.com, Young averaged (career-highs) 17.9 points, 6 rebounds and 2.1 steals per game this past year.  He was the first NBA player to average 17+ points, 6 rebounds and 2+ steals since Caron Butler did the same in 2007-08.  Butler’s Washington Wizards made the playoffs that season.

The 76ers will miss Thad’s production and experience.

Thaddeus Young is 26 years old.  He played in the playoffs when he was 19 years old.  He is a young NBA veteran. If you ask me, he fits here. I do not like the trade.  Philly swapped him for a 28 year old nobody.  We’ll get into that later though because this article is not about what the 76ers have; rather, it is about what they DO NOT HAVE.  I wanted Anthony Bennett in the deal.  But, I digress.

This article is an ode to Thaddeus Young.

Thad would have been a fine veteran leader on a very young inexperienced 76ers squad.  J-Rich is now out of the picture so Philly will not be receiving any veteran leadership from him.  Too bad, because I like J-Rich.  Luc whatshisname? No thanks.

Every team needs a guy like Thad Young.  He is one of the good guys.  He is a glue guy.  He gets it.  The Philadelphia 76ers will miss Thaddeus Young.  And, so will I.

Or NOT, because Thad is a starter on my fantasy team and I plan on utilizing his playoff experience and stats.