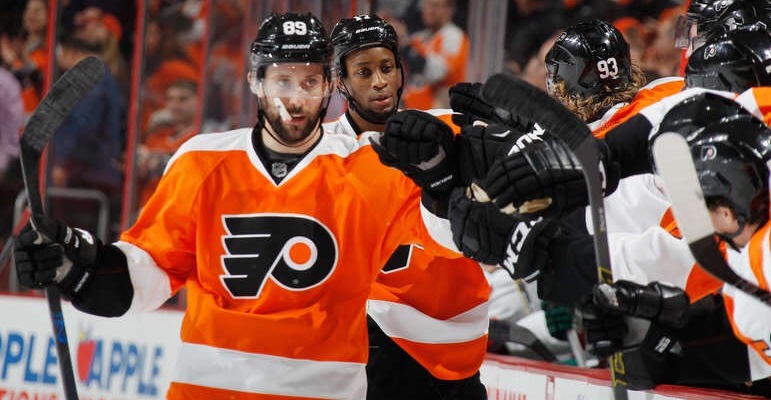 After being victims of some bad luck and bounces on Tuesday, the Philadelphia Flyers bounce back tonight against the Minnesota Wild in another must-win game, 3-2. Moreover, the Flyers manage to cut their playoff deficit to just three points as the New Jersey Devils lost tonight in Columbus and as of this writing, the Carolina Hurricanes are losing to the Toronto Maple Leafs as well. It may remain an uphill battle for the Flyers and the club is still going to be selling off pieces at the trade deadline on Monday, Philadelphia isn’t dead just yet. They’ll get one last opportunity during this home stand to save their playoff hopes.The Flyers received goals from Gagner (4th), Mark Streit (5th) and Pierre Eduard Bellemare (4th) in the win. The Flyers picked up right where they left on Tuesday and the result was much favorable tonight. After giving a few odd man rushes early in the first period, Philadelphia tightened their game up considerably in the next two stanzas; the Flyers did a good job in the neutral zone and were aggressive on the forecheck too. Overall, the Flyers didn’t appear to approach this game any differently than the game against the Hurricanes but they did much better in capitalizing on more offensive zone chances. That ultimately proved to be the difference.

Michal Neuvirth bounced back in a big way tonight after a tough game against the Hurricanes, stopping 24 of 26 shots and making arguably, the biggest save of the season. In the dying seconds of the game with the goalie pulled, Wild forward Charlie Coyle had an empty net yawning at him before Neuvvy lunged back onto his stomach to knock the puck out of the air with his stick. Minnesota players reacted as if they had scored but after an official review from Toronto, the puck never definitively crossed the goal line, giving Neuvirth a season-saving save for the Flyers.

The Flyers will look to build a strong tonight against the Arizona Coyotes on Saturday, in a 1:00 matinée.